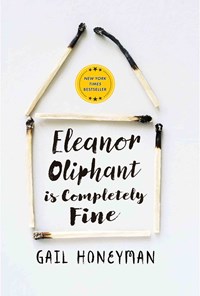 British author Gail Honeyman published her first book, Eleanor Oliphant is completely Fine, in 2017. book was widely acclaimed around the world, and several institutions nominated the novel for an award, including the prestigious Costa Literary Prize in Britain. The English novel became one of the best-selling literary novels on the subject of women in 2017 in famous bookstores such as Barnes & Noble and Amazon.

About Eleanor Oliphant is completely Fine

Honeyman tells the story of a 30-year-old girl who is isolated and, as others say, strange. Glasgow resident Eleanor has a formal, dry personality, and always speaks in written language style. At first glance, the reader may describe his character as boring and stuffed shirt, but the more he gets to know her, the more he realizes the reasons for her perfectionism and insensitive appearance, and identifies with her. Eleanor ostensibly enjoys her loneliness and is well in this loneliness, encounters people and situations throughout the story that bring about dramatic changes in her  life. Eleanor has learned how to survive, does not know how to live ... and this is the beginning of the journey ...

Who do we recommend the book Eleanor Oliphant is Completely Fine to?

Those who are interested in foreign novels, especially novels with psychological and introspective themes, will enjoy reading this work.

Gail Honeyman is a British  writer. she graduated from the Universities of Glasgow and Oxford.