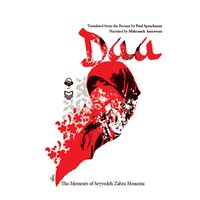 The Iran-Iraq war, which broke out two years after the victory of the Islamic Revolution in 1978, is one of the most important events in Iran after the revolution. Iraq's all-out invasion of Iran affected different sections of society and changed their lives in different parts of the country. In addition to the official narratives and chronicles, the narratives of the people involved in this war are of great importance.

This book is the memoirs of Seyyed Zahra Hosseini from the early days of the imposed war(Iran-Iraq war) in the two cities of Basra and Khorramshahr, and the years of the siege of Khorramshahr by Iraqi forces form the central axis of the book. Hosseini was a seventeen-year-old girl at the time and recounts a part of the history of the war that is often related to the occupation and conquest of Khorramshahr. ​In this book, Hosseini narrates her memoirs from the days of the beginning of the resistance and the days after that with the most detailed cases, so much so that such detail and moment-by-moment narration of events have caused many to call it a novel; However, this whole book is based on the real events and true memories of Seyedeh Zahra from those days. ​The narrator was only 17 years old in those days, and the significance of this book may be that the events of this war were first narrated from the perspective of a teenage girl; Memories that the narrator kept as a secret in her heart for about 20 years and did not say a word about it. This book contains untold stories about the war that no one has talked about yet.

Seyedeh Zahra Hosseini, the narrator of this book, is an Iranian Kurdish woman whose parents lived in Iraq before her birth in 1963. She returned to Iran with her family as a child and settled in Khorramshahr; A city that was one of the first targets of the Iraqi invasion of Iran and, despite its lack of defense equipment, resisted for a long time against an equipped and prepared Iraqi army. "Da", which is the name of this book, means "mother" in Kurdish.