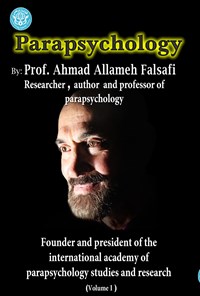 The issues of supernatural phenomena throughout history from 2500 BC, at least since the time of Aristotle until now, have been the subject of debate, philosophical controversy between Materialists and Believers in God .

Parapsychology is a branch of psychology that studies and researches metapsychological phenomena in the field of the supernatural and supernatural abilities of humans, animals, and other living things. In general, human beings, with conventional science and knowledge, have not yet been able to discover and understand the mysteries of unknown supernatural phenomena. One of the main reasons for this throughout history is that materialistic scientists only insist on Accept that the necessities of proving these unknown metaphysical phenomena and how meta-sensory perception occurs with laboratory physical devices do not seem possible, but can be possible through the same criteria and methods of the supernatural sciences. The meta-psychological phenomena that are studied and studied are called PSI.

Now I have written the book Parapsychology (Volume I) to be used by students and those interested in parapsychology. With thanks and respect