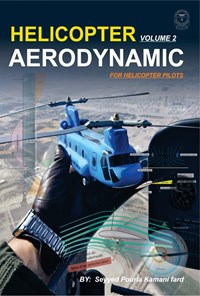 One may doubt whether Lilienthal, the pioneer par excellence of gliding flight, had the helicopter in mind when he wrote the above but his words could not have been more appropriate to our subject. To take the quotation line by line, the concept of a lifting rotor constitutes the essential invention. Making it large is simply taking advantage of Newton’s Second and Third Laws, which guarantee that blowing a large quantity of air at low speed is an efficient way of producing a thrust. When it comes to building a machine, the problems of directing it around the sky have to be thought out and translated into hardware: ultimately, however, the solutions for the helicopter are both straightforward and impressive. Upward lift is obtained with the rotor shaft essentially vertical; forward (or backward or sideways) propulsion is achieved by tilting the shaft in the desired direction; and moments for manoeuvring are produced by tilting the rotor plane relative to the shaft. Here is a system more elegant in principle than that of a fixed-wing aircraft, where such integration of functions is not pbssible. And to pursue its virtues one stage further, when the direction of airflow through the rotor becomes reversed in descent, blade lift can be produced without power (‘autorotation’), allowing a controlled landing in the event of engine failure. These points were made by J.P. Jones in the 1972 Cierva Memorial Lecture1 to the Royal Aeronautical Society. To quote him at this juncture: