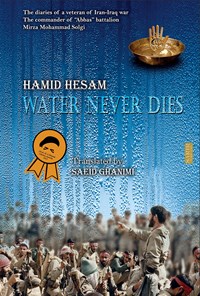 I was born in the first day of Farvardin1 in a village called “Hadi Abad”. It was 25 kilometers away from “Nahavand” in Hamedan Providence, Iran. Our villagers believed that born of a son in the first day of spring is a sign of fortune. In the seventh night after my born, the Kake2 whispered Adan in my ear3 and told me:

"Your name is Mirza Mohammad. You are the son of Sheikh4 Ali Mohammad."

I was the favorite one and the dearest of the Solgi great family. I had six months when Kake and Da5 cut my hair and paid gold as much as its weight6, to the charity.

When I was one, my family moved from “Hadi Abad” to “Mohammad Abad”. “Mohammad Abad” was my motherhood land. A big village enclosed by four big adobe castles. They called these castles the Ghala7. Peasants were feeling safe in the walls of the Ghala. Wolves could have come behind the walls, we could have heard their howls, but they never could have reached the sheep. Just one night the thieves made a hole in the wall and stole a cow. Back then, the wolf and the thief were the same to me.

Every day, when the sun was going to hide behind the mountains, the farmers and shepherds were coming back to the walls of the Ghala. In my childhood believes, the Ghala was an impermeable stronghold that no wolf or thief could reach us there