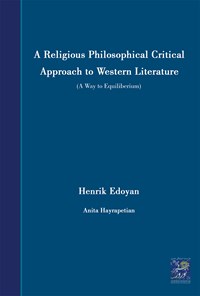 A Way to Equiliberium

The two universal concepts of chaos and cosmos had an assertive role and function in the formation of the religious-philosophical perception of ancient Greek people. These two concepts sometimes manifest themselves apparently and sometimes in a disguised manner in all aspects of the life, mentality and cultural heritage of Greek society. Understanding the origin and the real cause of whatever occurs in the universe is not an easy task therefore the human mind mostly refers to its intuitive capabilities although human reason attempts to identify the ‘center of meaning’ of those phenomena, this ‘center’ constantly changes its ‘form’ and sign systems’, going through certain stages of transformation and transfigurations, therefore0 the process of recognizing and identifying should be guided through the same direction of those changes otherwise human mind will perpetually lose the possibility of identifying the sign system. This book addresses this issue.