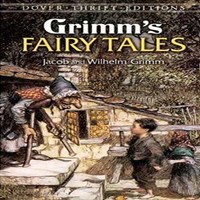 The original volume published in 1812 contained more than 85 tales and this number kept increasing till it got to the seventh edition which contained more than two hundred stories. Initially the authors meant the collection to be read not just by children, but also adults and was meant to be a compilation of folk-tales that had been passed down orally for generations. The first edition was packed with scholarly foot-notes and interesting information about the cultural connotations of each story. Later, the authors were persuaded to change the format and make it suitable for children.

However, many of these stories were found by publishers to be far too gruesome for young readers. Objectionable passages and scenes of violence were removed and replaced with less fearsome ones. The scholarly foot notes were completely eliminated, making the book just a collection of fairy tales that a child might enjoy. The present collection contains some of the most famous and well loved fairy tales that generations of children have enjoyed. The universal themes of fairy tales which include the triumph of good over evil, courage, common-sense, humility, love, the downfall of pride, greed, envy and laziness all find voice in the characters of Grimms' Fairy Tales.

Jacob and Wilhelm Grimm were two brothers born in Frankfurt in the old German kingdom of Hesse. They studied law, but were passionately interested in folklore. Jacob was also a philologist studying language. Though Wilhelm's ill-health made traveling difficult, they toured Germany and neighboring European countries in the 18th century documenting folk tales commonly recounted by word of mouth in small villages and communities. Their interest in preserving these historical examples of native wisdom and culture has made it possible for modern readers to enjoy these age old stories that were told and retold by countless grandparents to generations of grandchildren. Most of the stories retain the lyrical qualities of oral tradition and are meant to be read aloud, creating a magical world for children.