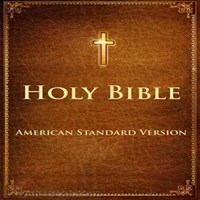 The Bible was first translated into English some time in the 7th century by an unnamed monk known to us as the Venerable Bede. This was the Old English version and the work of translation from Vulgate Latin into Middle English was taken up again in the 14th century by the famous religious dissenter John Wycliffe. Modern translations date from the 16th century onwards and these were sourced from Greek and Hebrew versions as well as Latin.

Most translations are made by a large group of scholars and a committee is set up to review and modify the work as required. This is to avoid any individual biases and assist in cross-checking references and come to a consensus on the closest meaning of words when they are translated. However, there have been notable translations by individuals as well.

The ASV or the American Standard Version was first published in 1900. It's often referred to as the “Standard Bible” in the USA. There was an authorized version published in 1611 in America, but a need was felt for a new perspective. In 1871, a committee was formed of some two dozen noted Biblical scholars, linguists and historians under the aegis of Philip Schaff, a Protestant theologian. Almost all the denominations in America were represented, including Presbyterians, Baptists, Episcopalians etc. Better understanding of Greek and a broader library of manuscripts were factors that influenced the translation. Simultaneously a British team was working on the revised version, but it soon disbanded and in 1911, the final American version was published under copyright by Thomas Nelson & Sons.

The language in the ASV is Elizabethan English and the name of the Almighty is Jehovah. This Bible has been the version for many others like the Philippines Language Bibles and is preferred by Jehovah's Witnesses.

The ASV is much preferred by American scholars rather than the more modern versions.